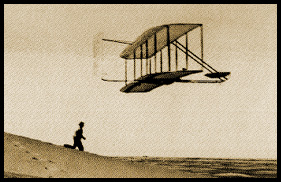 For RAP BLIPMAP forecasts at validation times other than 18Z and/or overlaying multiple parameters, use the UniViewer OR regional Viewer OR auxiliary BLIP data display software.  Forecasts in 3 hour increments are also available at the regional Multi-Time Index

Buoyancy/Shear Ratio (B/S)
Dry thermals may be broken up by vertical wind shear (i.e. wind changing with height) and unworkable if B/S ratio is 5 or less.  If convective clouds are present, the actual B/S ratio will be larger than calculated here.  [This parameter is truncated at 20 for plotting.]   MoreInfo

Height of Boundary Layer Top (TI=0 height)
Height of the average dry thermal tops, or Thermal Index TI=0 height.  Over flat terrain maximum thermalling heights will be lower due to the glider descent rate and other factors.  However, thermal tops will be higher over small-scale topography not resolved by the model and some pilots have reported that in elevated terrain the heights they can reach over local terrain features correspond better with the TI=0 height than with Hcrit.  In the presence of clouds the thermal top will increase, but the maximum thermalling height will then be limited by the cloud base (see the "Cloud prediction parameters" section below).  [This parameter is truncated at 22,000 for plotting.]   MoreInfo

Height of Critical Updraft Strength (Hcrit)
This parameter estimates the height at which the average dry updraft strength drops below 225 fpm and over flat terrain is expected to give better quantitative numbers for the maximum cloudless thermalling height than is the traditional TI=0 height given above, although the qualitative patterns should be similar for both parameters.  (Note: the present assumptions tend to underpredict the max. thermalling height.) In the presence of clouds the maximum thermalling height may instead be limited by the cloud base (see the "Cloud prediction parameters" section below).  [This parameter is truncated at 22,000 for plotting.]   MoreInfo

Thermal Height Variability
This parameter estimates the variability (uncertainty) of the BL top (TI=0) height prediction which can result from meteorological variations.  Larger values indicate greater variability and thus better thermalling over local "hot spots" or small-scale topography not resolved by the model.  But larger values also indicate greater sensitivity to error in the predicted surface temperature, so actual conditions have a greater likelihood of differing from those predicted.  MoreInfo

Wind Speed in the Boundary Layer
The speed of the vector-averaged wind in the BL.  This prediction can be misleading if there is a large change in wind direction through the BL (for a complex wind profile, any single number is not an adequate descriptor!).  MoreInfo

Wind Direction in the Boundary Layer
The direction of the vector-averaged wind in the BL.  This prediction can be misleading if there is a large change in wind direction through the BL (for a complex wind profile, any single number is not an adequate descriptor!).  Note that there will be a abrupt artificial gradient at the "cross-over" between 0 and 360 degrees.  MoreInfo

Wind Shear in the Boundary Layer
The magnitude of the vector wind difference between the top and bottom of the BL.  Note that this represents vertical wind shear and does not indicate "shear lines" (which are horizontal changes of wind speed/direction).  MoreInfo

BL Max. Up/Down Motion (BL Convergence)
Maximum grid-area-averaged extensive upward or downward motion within the BL as created by horizontal wind convergence.  Positive convergence is associated with local small-scale convergence lines (often called "shear lines" by pilots, meaning horizontal changes of wind speed/direction) - however, the actual size of such features is much smaller than can be resolved by the model so only stronger ones will be forecast and their predictions are subject to much error.  If CAPE is also large, thunderstorms can be triggered.  Negative convergence (divergence) produces subsiding vertical motion, creating low-level inversions which limit thermalling heights.  This parameter can be noisy, so users should be wary.  MoreInfo

COMPOSITE: Cumulus Cloudbase for Cu Potential > 0
Cu Cloudbase Cloudbase contours are plotted only where that cloudbase is theoretically expected.  See "Cumulus Potential" and "Cumulus Cloudbase" parameter descriptions below for more information.  This composite is useful only for locations where the actual potential threshold for cumulus cloud production agrees with the theoretically-predicted value of zero.

Cumulus Potential
This evaluates the potential for small, non-extensive "puffy cloud" formation in the BL, being the height difference between the surface-based LCL (see below) and the BL top.  Small cumulus clouds are (simply) predicted when the parameter positive, but it is quite possible that the threshold value is actually greater than zero for your location so empirical evaluation is advised.  I would be interested in receiving end-of-season reports on what threshold value worked for your site.  Clouds can also occur with negative values if the air is lifted up the indicated vertical distance by flow up a small-scale ridge not resolved by the model's smoothed topography.  [This parameter is truncated at -10,000 for plotting.]   MoreInfo

Cumulus Cloudbase (Sfc. LCL)
This height estimates the cloudbase for small, non-extensive "puffy" clouds in the BL, if such exist i.e. if the Cumulus Potential parameter (above) is positive or greater than the threshold Cumulus Potential empirically determined for your site.  The surface LCL (Lifting Condensation Level) is the level to which humid air must ascend before it cools enough to reach a dew point temperature based on the surface mixing ratio and is therefore relevant only to small clouds - unlike the below BL-based CL which uses a BL-averaged humidity.  However, this parameter has a theoretical difficulty (see "MoreInfo" link below) and quite possibly that the actual cloudbase will be higher than given here - so perhaps this should be considered a minimum possible cloudbase.  I would be interested in receiving end-of-season reports on how well this parameter worked for your site.  [This parameter is truncated at 22,000 for plotting.]   MoreInfo

BL Max. Relative Humidity
This parameter provides an additional means of evaluating the formation of clouds within the BL and might be used either in conjunction with or instead of the other cloud prediction parameters.  Larger values indicate greater cloud probability, but use of this parameter must be empirical since no theoretical guidance is available - for example, pilots must determine by actual experience the percentage that correlates with formation of clouds above local mountains.  The cloud base height is not predicted, but is expected to be below the TI=0 height.  MoreInfo

CAPE
Convective Available Potential Energy indicates the atmospheric stability affecting deep convective cloud formation above the BL.  A higher value indicates greater potential instability, larger updraft velocities within deep convective clouds, and greater potential for thunderstorm development (since a trigger is needed to release that potential).  Note that thunderstorms may develop in regions of high CAPE and then get transported downwind to regions of lower CAPE.  Also, locations where both convergence and CAPE values are high can be subject to explosive thunderstorm development.   MoreInfo

Surface Heating
Heat transferred into the atmosphere due to solar heating of the ground, i.e. the heating that creates thermals.   [This parameter is truncated at -100 and +1000 for plotting.]   MoreInfo

Surface Temperature
This model-predicted surface temperature can be compared to the actual temperature at 2m during the day to evaluate the accuracy of model heating predictions.  MoreInfo

OTHER METEOROLOGICAL FORECASTS from RAP model:

BLIPMAPs predict thermal soaring conditions resulting from surface heating of the Boundary Layer (BL), the scientific term for the turbulent atmospheric region mixed by surface-based thermals (so thermal tops occur at the top of the BL).  The BLIPMAP program post-processes numerical weather model predictions to provide parameters suited to the needs of soaring pilots and presents them in graphical format, as in this sample BLIPMAP.  Relative differences, both in location and in time, are expected to be more reliable indicators of soaring differences than are the precise numerical values.  BASIC thermal forecast parameters gives a short list of the parameters most important for thermal soaring.
A sequence of forecasts, all for the same validation time of 18Z, is produced during the day as new observational data becomes available, each updated forecast having a shorter forecast period between the latest observation and validation times.  [Model initialization (observation analysis) time + Forecast Period = Validation (forecast) time]  The most important link is the first link on each line, "Latest", which gives the most recent (shortest period) forecast. The following "FirstToday" link gives the first forecast from the current day, which can be used to determine whether the model is significantly altering its predictions during the updating.  The last link, "PreviousDay", gives the last forecast from the previous day's prediction sequence, useful for those who want to compare their experiences from yesterday's flight to the RAP BLIPMAP predictions.  At the top of each forecast plot is the name of the parameter, the validation date and time, the forecast period, and the data source.
The parameters are averages over 20km grid squares as forecast by NOAA's Forecast Systems Laboratory RAP model as run operationally by NOAA's NCEP (National Centers for Environmental Prediction).  RAP BLIPMAPs are updated as new RAP forecasts become available, normally at 3 hr intervals.
The parameter values are represented by color hues which increase in "warmness" as the value increases in magnitude.  When many gradations are required, two cycles are made through the color wheel with "light" and "intense" tints respectively representing ranges of lower and higher magnitude. A screen magnifying tool, such as the freeware Super Magnify for Windows machines or Xzoom for X11/Linux/Unix machines, helps when discrimination between adjacent contours is difficult.  Alternatively, the size of an image can be increased/decreased by many browsers (Firefox users can install the Image Zoom plug-in extension to add that capability).
State outlines are depicted on each BLIPMAP in white.  The RAP topography is plotted as black contours, at 500 ft intervals with thicker lines at 2000 ft intervals, to assist in location identification but also to emphasize the smoothed nature of the model topography.  The BLIPMAP does not predict thermal lift created by small-scale terrain features which are not resolved by the model topography, which often give localized updrafts significantly stronger than those over the surrounding smoother terrain.  Maps of location identifiers and additional topography information for this region are available at the SC Grid Orientation webpage.
RAP BLIPMAPs can also be viewed using a regional BLIPMAP Viewer or a UniViewer - both can create a BLIPMAP image sequence. The viewers are most useful for quickly cycling between or through BLIPMAPs since the images exactly overlie - and some consider them easir to use than this index page.  The viewers can automatically alter the image size on loading, as might be desired by those with smaller screens for example.  Alternate graphical display formats are also available using BLIP data display software.

Notes:
As with all weather products, users should check the date on each map for currency.  Small anomalous diamonds, the size of an individual model gridpoint, may appear in the plots, particularly for more sensitive parameters such as convergence or cloud parameters; these result from numerical noise and should be disregarded.

Heros: I personally thank those whose support is listed on the Contributors webpage.